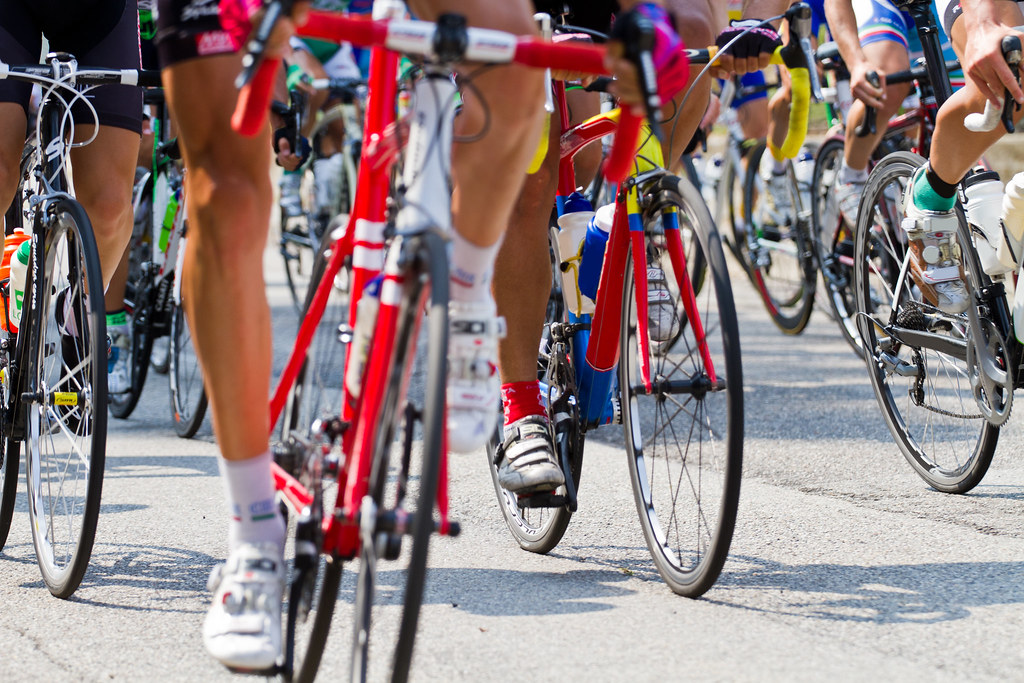 “Cycling” by T Sheppard is licensed under CC BY-ND 2.0

As many of you know, my daughter is into ballet (a younger photo of her was floating around the site at one time). She dances up to six times each week and many of those days she dances four or more hours. Needless to say, she’s in phenomenal shape. She’s got six-pack abs and you can see the tone of her muscles. It’s kind of disgusting really!

Being that she spends so much time at the studio she doesn’t get out much, nor does she do much besides dancing for her exercise. She has expressed interest in cycling but she really doesn’t have the time. We were talking recently about some activities she could do in the “off-season”, which is really just one month in the summer between intensives and the start of the school year. Her brother (my son) just got a mountain bike and he’s itching for the sun to come out long enough so he can go for a ride. My daughter wants to go for a ride with us too but she has some reservations about it – namely, is cycling good for ballet?

She told me that her teacher told the class that cycling might not be the best activity for aspiring ballerinas because of the type of muscle it builds. Unless you’re going for endurance riding (like randonneuring) then most cycling builds too much fast-twitch muscle which is counterproductive for dancers’ needs.

So, of course, I had to research it a bit so I would be able to prove her wrong and get some data for an article I want to do on a new ballet review & information site that I’m working on for a client. Turns out I was wrong. Ultimately it comes down to this: Cycling is not good for Ballet, but Ballet is great for Cycling.

It’s well known that Yoga and Pilates can help you become a more flexible, powerful and a faster cyclist. Similarly, ballet has the same benefits… with the added bonus of increased balance and muscle responsiveness.

In my research, I came across several articles that dissuaded ballerinas from doing spin classes or riding bikes for too long because it could cause them to “bulk up” and would develop their fast-twitch (bulkier) muscles (quads, buttocks, calves, etc.). They also discussed the risk of accidents and “repetitive motion injuries” which could sideline a dancer’s season (specifically wrecking on an MTB, getting hit by a car, tightening of your hip flexors and knee injuries to name a few). However only a few talked about the benefits of dance FOR cyclists.

How can Ballet Help Cycling?

I did come across one article that mentioned a few of the benefits. I thought it summarized the benefits well and gave some pretty strong arguments for trying to incorporate dance/ballet into your training routine. They included both the physical as well as the physiological benefits, including:

While ballet sounds like a great way to improve your cycling, I don’t know if it’s right for everyone. Some people just aren’t coordinated enough to dance (I’m raising my hand over here)! The good news is you don’t have to worry about feeling awkward in a ballet leotard or tights because cycling kits aren’t any less revealing or tight!

Ballet Helps With Fitness & Flexibility – But so do Yoga & Pilates

There’s a great article on the Livestrong site that discusses the overall fitness benefits that ballet brings. I think that overall it could be a great way to increase cardio, flexibility and strength training to your week. But, as far as I’m concerned, I’ll just stay on my bike. The mental picture of me trying to dance is almost too much to imagine!

If you’re like me, then maybe try Pilates or Yoga – both take a bit less coordination and provide similar benefits.